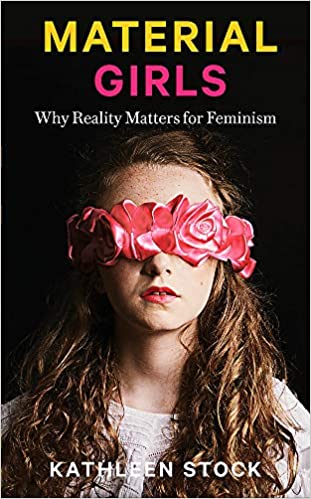 Material Girls is a timely and trenchant critique of the influential theory that we all have an inner feeling known as a gender identity, and that this feeling is more socially significant than our biological sex.

Professor Kathleen Stock surveys the philosophical ideas that led to this point, and closely interrogates each one, from De Beauvoir’s statement that, ‘One is not born, but rather becomes a woman’ (an assertion she contends has been misinterpreted and repurposed), to Judith Butler’s claim that language creates biological reality, rather than describing it. She looks at biological sex in a range of important contexts, including women-only spaces and resources, healthcare, epidemiology, political organization and data collection.

Material Girls makes a clear, humane and feminist case for our retaining the ability to discuss reality, and concludes with a positive vision for the future, in which trans rights activists and feminists can collaborate to achieve some of their political aims.